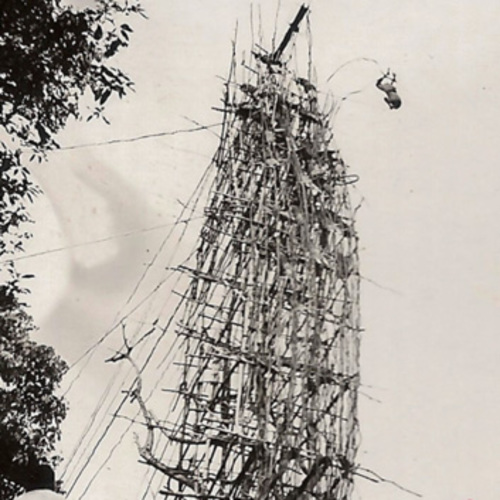 The origin of Bungy Jumping

The origins of bungy jumping go back to the liana jumpers from Pentecost in Vanuatu, in the South Pacific. For as long as the residents can remember, Vanuatu hosts a big festival every spring. Mainly young men take part in this so-called shore diving. In weeks of preparation a scaffold is built, consisting of bamboo that rises approx. 15 - 30 m in height.

This construction serves as a jumping-off platform from which the brave plunge headfirst into the depths. Before doing this, the young men select lianas that are very flexible and that are attached to the feet and the platform. Everything is checked again and again with great seriousness and care, because the aim is to be as close as possible to the ground with the head, or to touch it lightly. Only those who have passed this test of courage are accepted into the group of adults (»initiation ritual«).

In the 80s, a resourceful New Zealander took over this idea and carried out the first tests with elastic ropes. The world's first official fixed bungy jump started with the Kawaraubridge near Queenstown (New Zealand). The brothers Anton & Peter Draganits and their company Trekking Team AG brought bungy jumping to Switzerland at the end of the 1980s.